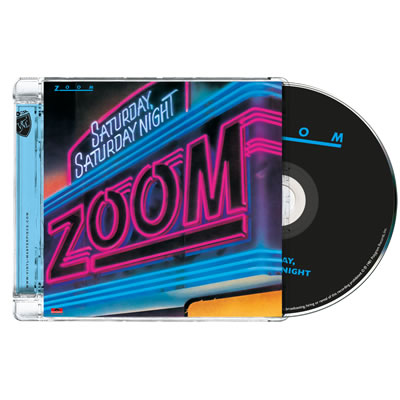 Zoom was founded almost thirty years ago. There were eight members of Zoom including George Mitchell, drums; John Haynes. bass and vocals; Butch Bonner, lead and rhythm guitar; Marcus Robinson, keyboards; S. Todd Duncan, keyboards; Henry Prejean, sax; Darryl Williams, Trumpet and vocals; and Nolan Semien on lead vocals. From Los Angeles, Zoom were signed to Polydor Records in 1981 and were taken under the wing of session drummer James Gadson (who was a former member of a Kansas City group called the Carpets). Nolan Semien became the lead singer and was already a popular local vocalist in Los Angeles, singing at bars before joining the group.

The band’s debut album on Polydor entitled “Saturday, Saturday Night” was rather successful. The album is a mix of up-tempo club cuts and mellow modern soul ones, with excellent harmonies by the group, and some nice hooks in the right parts! Among the fans the most favourite cuts includes “Bye Bye Baby”, a nice mellow stepper, but the album’s also got other nice ones – like the soulful “Love Seasons”. This track became a rare groove and was highly sought after by soul/funk fans, with it’s unusual synthesiser noises by session musician Wayne Stallings. The up-tempo jammer “Saturday, Saturday Night”, and “I Believe In You” are also still highly in demand by Soul/funk music fans.

Zoom only recorded one further album a year later, but this time without the assistance of James Gadson.