Back to Artist AlbumsVal Young 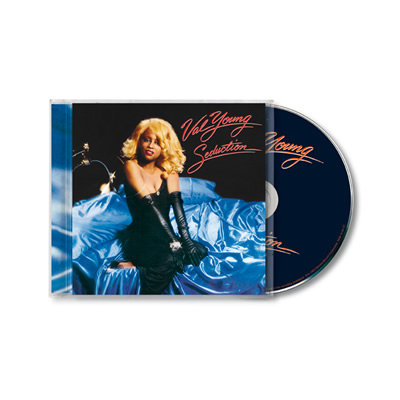 Back to Artist AlbumsVal Young

Val Young was rumoured to have been discovered in the late 1970’s by George Clinton.

Clinton has been credited with incorporated her into the Brides Of Funkenstein, one of the many acts in his Funkadelic stable.

Val Young joined the Gap Band, where she was featured on the funk classic ‘Oops Upside Your Head’. She recorded five albums with the group before being spotted by another black music notable, Rick James. Impressed as much by her striking physical appearance as by her musical talents, James promoted her as the ‘Black Marilyn Monroe’. Rick James produced her 1985 hit album ‘Seduction’, which contained two top 30 R & B hits.

‘If You Should Ever Be Lonely’ ˜Seduction” were a successful singles in 1986, before Val left James’s umbrella to commence a solo career at Amherst Records e.g. with her hit “Private Conversations” in 1987.