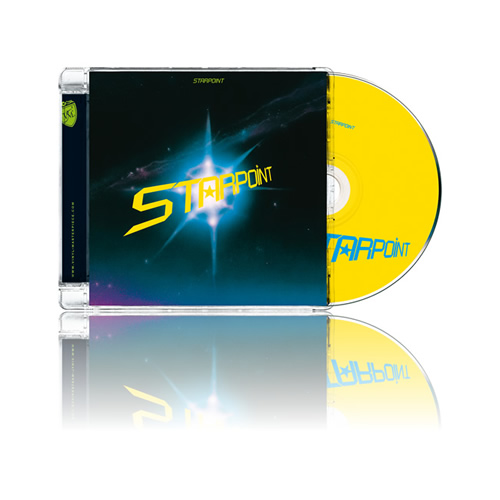 The famous disco funk group of the eighties ‘Starpoint’ released 10 albums and build a big fan base, which still exists until today. Starpoint scored many R&B hits and their big seller album ‘Restless’ went gold (600.000) in the USA.

On Casablanca/Chocolate City Records, Starpoint released a couple of albums which were never available on CD. PTG Records already released the albums Keep on it, Wanting you, All night long and It’s so delicious. PTG Records received many requests from VM-Members to reissue their debut album Starpoint.

One of the singles from this album, “I Just Wanna Dance With You” became their first top 20 hit on the USA R&B chart. For the first time ever on CD!