Back to Artist AlbumsRose Royce 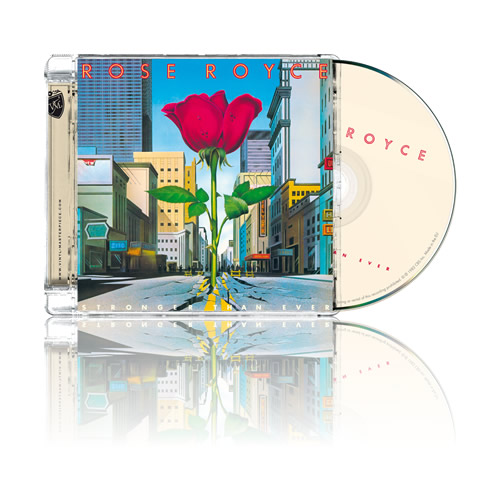 Back to Artist AlbumsRose Royce

Rose Royce is a Grammy-nominated American soul band from Los Angeles. Motown producer Norman Whitfield became gradually associated with the group by hiring them for recording sessions; the group also worked with Yvonne Fair, the Undisputed Truth, and the Temptations through Whitfield’s influence.

After a couple of years of seasoning, the group began production on their debut album under Whitfield’s supervision. Also during this time, MCA Records was seeking an artist for the soundtrack to the movie Car Wash. Whitfield convinced executives that the band was more than competent for the job. So the material that Whitfield had assembled for the group’s debut album became the soundtrack’s material.

The movie Car Wash and the soundtrack were big hits, and they also propelled the group, now known as Rose Royce, into national notoriety. Released in late 1976, the soundtrack featured three Billboard R&B Top Ten singles: “Car Wash”, “I Wanna Get Next to You,” and “I’m Going Down.”

Rose Royce scored a string of hits as “I’m in Love (And I Love the Feeling)” and “Love Don’t Live Here Anymore”. In 1982 the album ‘Stronger than ever’ was released with the cult disco classic ‘Best love’, which was covered by The Course in the nineties. Again a strong album of Rose Royce which never is issued on CD, until PTG Records took the mastertape out of the shelf!

Now for the first time on CD!