Back to Artist AlbumsRick James 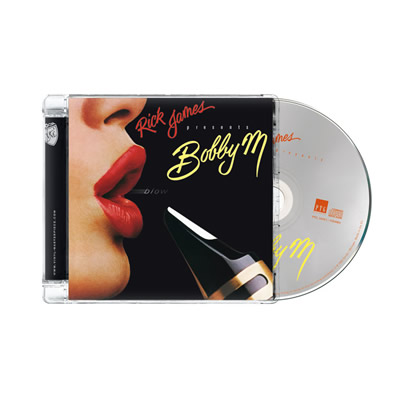 Back to Artist AlbumsRick James

Rick James (February 1, 1948 – August 6, 2004) was one of the most popular artists on Motown during the late 1970s and early 1980s.
James was famous for his wild brand of funk music and his even wilder lifestyle. As time went on, James was given the unofficial title The King of Punk-Funk.

‘Blow’, originally released in 1982, is a jazz-funk / R&B project on which Rick James presented jazz-saxophonist Bobby M (Militello), who played with Maynard Ferguson and Dave Brubeck.
Also grammy award winner Marcus Miller is playing on this album. Miller is best known as bass guitarist who played with e.g. Miles Davis, Luther Vandross and David Sanborn and naturally his own projects.

The combination of the sound of Rick James, jazz-saxophonist Bobby Militello & Marcus Miller brings this album an unique mix of disco-funk & jazz!