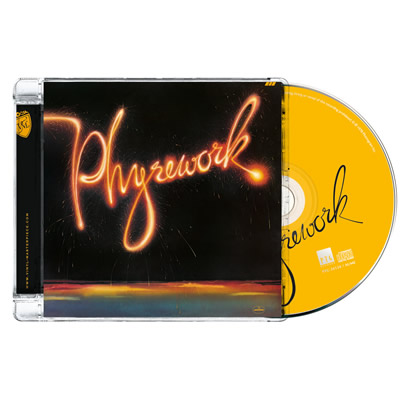 Phyrework is great lost soul/funk album from the late seventies, with a smooth sound that sounds a bit like a Wayne Henderson production, but which has a lot more soul than a lot of his other work from that time. Phyrework was an obscure, little-known soul/funk outfit that recorded for Mercury in 1978. It’s safe to say that 99 percent of the world’s R&B fans have never heard of Phyrework.

Mercury/PolyGram didn’t give this LP a very aggressive promotional push, and as a result, most R&B fans at the time didn’t even know that it existed. Produced by Con-Funk-Shun guitarist Michael Cooper, Phyrework is generally competent and didn’t deserve to be ignored. Although Con-Funk-Shun was big at the time, Phyrework received hardly any attention.

The record contains a few examples of tough, hard, Bar-Kays-like funk, including “Put Your Hands Up” and “My Funk”. But most of the material favors a much smoother, lighter style of soul-pop. Think of the Average White Band performing “Soul Searching” or George Benson singing “Give Me the Night”, and you will have an idea what type of sound Phyrework is going for on tunes like “Fly Away,” “Make It Last,” and “Dance With Me.”

Perhaps now after more than 30 years this reissue of PTG Records finally gives Phyrework the attention from soul/funk fans worldwide which it deserves.