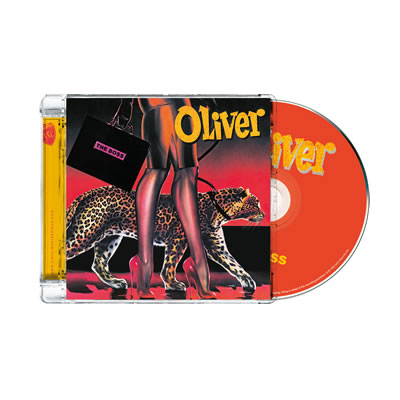 Oliver is Oliver Cheatham. This American singer (now residing in Surrey, England) had a couple of good hits in the 1980s, and returned to the charts in 2003, when he was featured in Room 5’s UK #1 single, “Make Luv”, which sampled his 1983 song “Get Down Saturday Night”. Elements of the same song were also used in Michael Gray’s 2004 hit, “The Weekend”.

Singer Oliver Cheatham worked for this album The Boss with fellow Detroiters Al Hudson and Kevin McCord of the US Funk band One Way. His biggest hit to date was the dance classic “Get Down Saturday Night” on MCA Records. It was written by Cheatham and One Way multi-instrumentalist Kevin McCord, the jubilant “Get Down Saturday Night” made it to number 37 on the Billboard charts in spring 1983. “Get Down Saturday Night” was also featured in Grand Theft Auto: Vice City, and the character “Lance Vance” somewhat resembles him. The follow-up single was the solid mid-tempo groover “Bless the Ladies”. Cheatham’s other charting singles included the Top 40 R&B hit “S.O.S,” “Celebrate Our Love,” and two duets with Jocelyn Brown: “Turn Out the Lights” and “Mindbuster.” Other singles released by Oliver Cheatham were “Mama Said,” “Put a Little Love in Your Heart,” “Things to Make U Happy,” and “Wish on a Star.”

The Boss was released in 1982 and it’s full of great songs! Both danceable and ballads. If you are a fan of the Al Hudson-Kevin McCord sound (One Way, Alicia Myers….) you’ll want to get this!

The stand out tunes “Everybody wants to be the Boss” and “Make up your Mind” are guaranteed to keep the party jumpin. The Boss was never released on CD and is now especially for PTG remastered and re-issued. Also still available on PTG Records is Oliver Cheatham’s album Saturday night.