Back to Artist AlbumsMelba Moore 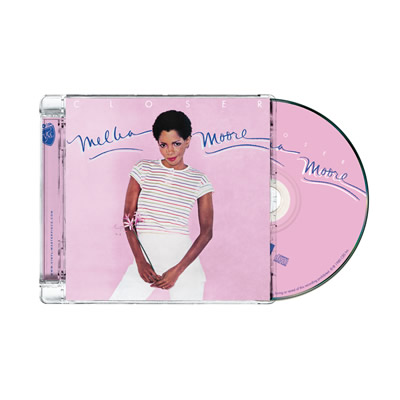 Back to Artist AlbumsMelba Moore

The breakthrough of Melba Moore came after her leading role in the musical Hair. Melba began in 1974 with the recordings of her first album “Melba” for her new label Buddah Records. Buddah was the label that would put Melba on the musical map. The result was not a commercial success.

After the recording in 1975 of the album “Peach Melba,” Melba teamed with legendary producer Van McCoy for her next release. The album “This Is It” was a commercial success in 1976 and had a couple of big disco hits. In 1977 she released the album “A Portrait Of Melba” produced by Mc Fadden & Whitehead. In 1978 Melba went on a major tour to promote her “Melba” album. In that year her first hits “You Stepped Into My Life” and “Pick Me Up I’ll Dance climbed the charts. 1979 she released the album “Burn” made with a new producer Pete Bellote.

The following year, she recorded the Bruce Hawes and Victor Carstarphen produced album “Closer”, which featured the dancer ‘Something On Your Mind’. A lot of her albums were re-issued on CD but not this one. PTG is very proud that we finally succeeded in the release of this outstanding album of Melba Moore. After that her career really took off. She started working with producer Kashif and made her biggest radio hit and club hit to date “Take My Love”.

A lot of Albums and single successes followed. In her outstanding career Melba made more that 25 albums and worked with the greats of the world land until today Melba is still a highly demanded artist everywhere in the world.