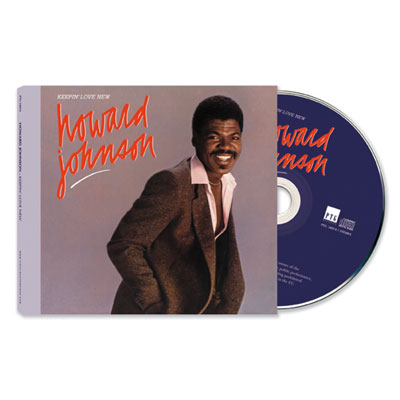 Howard Johnson hails from Florida. U.S.A. Like many others he began his singing career in local bars and clubs. In 1977 he was discovered by Sandu Torano (guitarist and producer associated with The Commodores and Phylis Hyman) who asked him to join his vocal group Nite Flyte. Nite Flyte had a recording contract with Ariola and this is how Johnson’s career took off. Nite Flyte recorded only two albums with Ariola but it created enough of a buzz for A&M to sign Howard Johnson for a solo career.

His debut album Keepin’love new was produced by a trio of producers featuring Kashif, Paul Laurence and Morris Brown. The single So fine did very well also on the British and European markets. He did in total three albums with A&M. The other two were Doin’it my way and the Vision (also released by PTG Records).