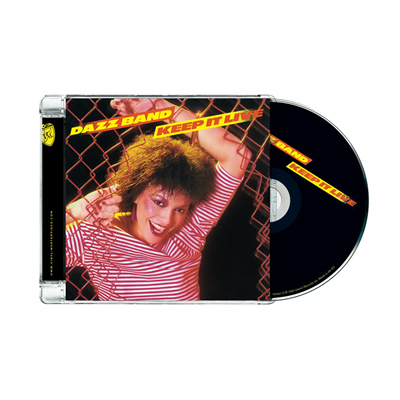 Dazz Band – Keep It Live. The Cleveland-based Dazz Band was one of the more popular funk groups of the early ’80s. Bobby Harris formed the group in the late ’70s, merging two Cleveland funk bands, Bell Telefunk and Mother Braintree. Harris and lead songwriter/guitarist Mike Calhoun’s concept for the group was “danceable jazz”; he shortened the description to “dazz” and called the group Kinsman Dazz.

While ballads were the group’s ace in the hole come concert time, they weren’t happening on the radio. A change was needed. ‘We called the third album “Keep it live”’, Bobby Harris says, because if it didn’t happen we’d be gone from Motown. I said ‘We’ve got to stay positive. That became the theme of the record. We were on a mission. We weren’t going to validate who we were until we had a dance hit’. That turned out to be “Let it Whip”, ‘which Reggie wrote with West Coast percussion great Leon ‘Ndugu’ Chancler, introducing a high-tech funk groove that would be the sound of choice for the era’.

With an exclusive bonus-12 Inch Mix!