Back to Artist AlbumsCon Funk Shun 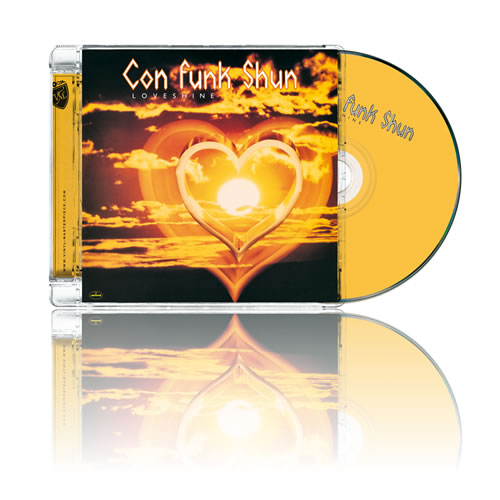 Back to Artist AlbumsCon Funk Shun

Con Funk Shun – Loveshine. Con Funk Shun released Loveshine after the success of their number one hitsingle “Ffun” and used that momentum to power this new LP into the Top 40. It contains more disco-inflected soul than their earlier classic jazz funk material, but yet retaining the funky backbeat. Produced by Skip Scarborough.

Loveshine contains the hits “So Easy” and “Shake and Dance With Me” and the catchy horns in “When the Feeling’s Right” were proof that the band was not going to be any flash in the pan. The contrasting style of the traditional ballad “I Think I Found the Answer,” meanwhile, is a fine highlight of the band’s overall range.

With a plethora of instrumentation to complete the picture, including guest percussion from Sheila Escovedo, who would later emerge as the Prince protégée Sheila E, Loveshine is a gem of its era.

Loveshine gave the band the momentum that kept them firmly in the charts for nearly a decade.