Back to Artist AlbumsChocolate Jam Co 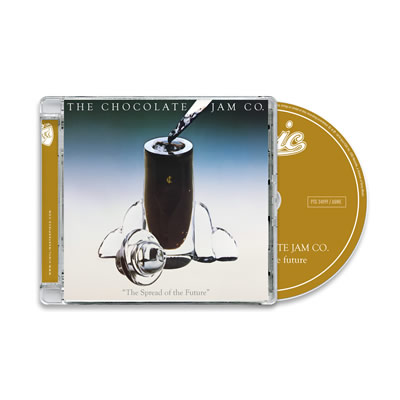 Back to Artist AlbumsChocolate Jam Co

The Chocolate Jam co. – Spread Of The Future

The debut album of Chocolate Jam Co. titled The Spread of the Future was first released in 1979 on the CBS imprint Epic Records. The list of artists employed for this album of is a long and impressive one. It included George Duke, and Earth Wind and Fire musicians, guitarist Al McKay, saxman Don Myrick and trumpeter Oscar Brashear.

The album was produced, written and co-written by Leon “Ndugu” Chancler. In addition to producing the album Chancler also sung many of the lead vocals (along with Virginia Ayers and Leo Miller). The Spread of the Future is a very enjoyable album and still highly in demand with 80’s soul and funk fans. The music style ranges from gritty, aggressive funk (“Looking Glass” and “A Chocolate Jam”) to romantic, polished soul (“Just as You Are”).

Earth, Wind & Fire is a prominent influence, as are George Duke and Roy Ayers. Unfortunately at the release of the album The Spread of the Future received little attention, which is why it went out of print in the early ’80s. But nowadays record collectors are still looking for this great album and that’s why PTG Records has decided to re-issue this still highly in demand gem.