Back to Artist AlbumsAtlantic Starr 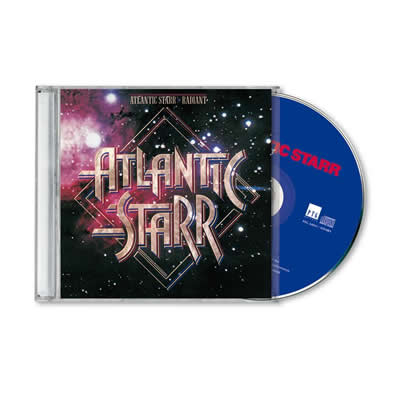 Back to Artist AlbumsAtlantic Starr

After the album “Brilliance” PTG records decided to release also the third album and their first hit album of “Atlantic Starr – Radiant”. A great album with the known hits: “When Love Calls” & “Send for me”. But not only these 2 tracks are great; listen to the complete album. It wasn’t a surprise this was the first hit album of Atlantic Starr!!

While never achieving “supergroup” status, Atlantic Starr was one of the most consistently successful “and underrated” soul bands of the 80s, with a basketful of memorable songs that still sound good today.

Their big break came when they teamed with The Commodores producer James Anthony Carmichael for their third album “Radiant”, a smash LP that landed in the Soul Top Ten. “Radiant” and its hit singles “When Love Calls” and the stunning ballad “Send for me” established Atlantic Starr as one of the most successful groups in the R&B market. It was on “Radiant” that the charismatic Sharon Bryant (who was featured on “When Love Calls”) really blossomed as a singer and her lead vocals played a major role in the band’s success.